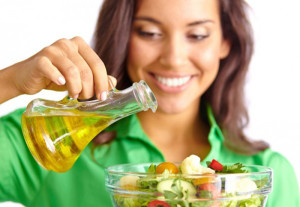 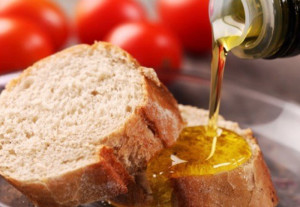 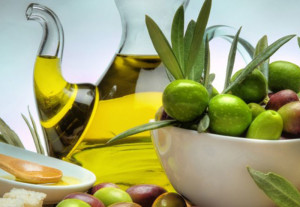 The extra virgin olive oil is used mainly for food to flavor dishes and has the advantage of being considered the main element of the Mediterranean diet.

Unlike animal fats such as cheese , butter , whole milk , fatty meats and eggs , whose consumption is linked to the development of cardiovascular disease , producing an increased cholesterol in the blood ; extra virgin olive oil has the advantage of performing a protective action , helping balance the bad cholesterol ( LDL ) and the good ( HDL ).

The extra virgin olive oil than in other oils , is rich in polyphenols , antioxidant molecules , which have the task of combating and eliminating free radicals that attack cells , and boost our immune system.

Recent studies have shown how the intake of extra virgin olive oil in the diet , may reduce by 30 % the risk of breast cancer , and have a protective effect against other diseases such as , colon cancer , gastric cancer and ovarian cancer.

The intake of polyphenols , also produces the lowering of LDL cholesterol levels in the blood , making it more fluid so as to prevent clogging of the arteries ( atherosclerotic plaques ) which cause cardiovascular diseases , such as heart attack.

By some generally accepted scientific studies , also found that polyphenols are able not only to delay the cell aging process ( anti-oxidants ) , also stress the brain cells by improving memory and learning.

To enjoy all the virtues he has, you have to be careful to consume it raw , choosing the best quality !!

Do not make you fat:
the Mediterranean diet as much importance to the use of extra virgin olive oil, considered indispensable food as it leads also to feel less hunger pangs , to feel more satiated between meals and the other , thanks in the presence of oleic acid.

It is an excellent laxative.

It is considered a natural anti-inflammatory.

Protects from various diseases:
protects the heart and arteries , protects from hypertension by lowering the pressure , protects against diabetes by slowing the absorption of sugar .

The benefits of the Mediterranean diet:

The Mediterranean diet is indicated by modern nutritionist science, as a power ideal model:

Olive oil as the main source of lipids.

It offers the advantages of the single plate.

This site uses Akismet to reduce spam. Learn how your comment data is processed.